Northumbria Plaster Casts Collection - a brief history
Northumbria's small plaster cast collection came about in 1992 by the Dean with the sole intention to inspire art students at the university. To enhance a creative environment and encourage artistic activity. Initially used for drawing classes which since has developed into life drawing the place of the paster casts in the school soon became neglected. Moved around and hidden behind studio walls many of casts are broken, defaced and some destroyed... Yet as they stand currently in the GSN Skylight they bring with them an presence that lingers in the room.  So my task set I was to find out the history of Northumbria's casts my first step was to locate Nick Whitmore who headed sculpture at Northumbria. 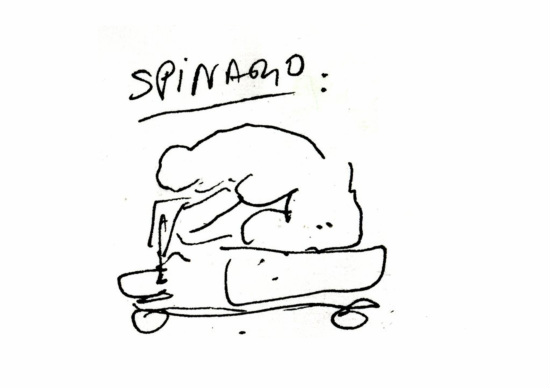 As I met Nick Whitmore who used to Head the sculpture department at Northumbria we talked about Northumbria's plaster casts; Who had used them? How, Why? Why have they been neglected. Whilst talking Nick made some small illustrations of the casts he could remember some of which no longer exist... 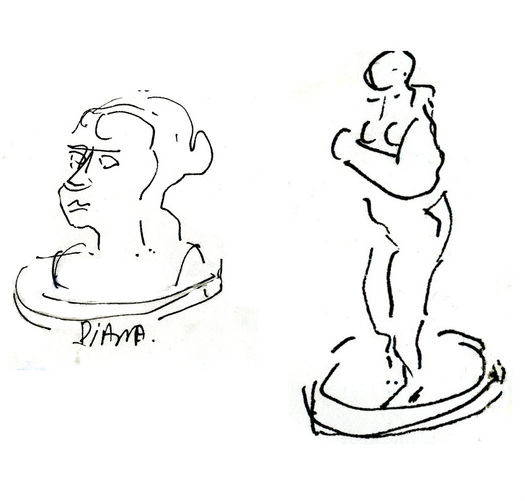 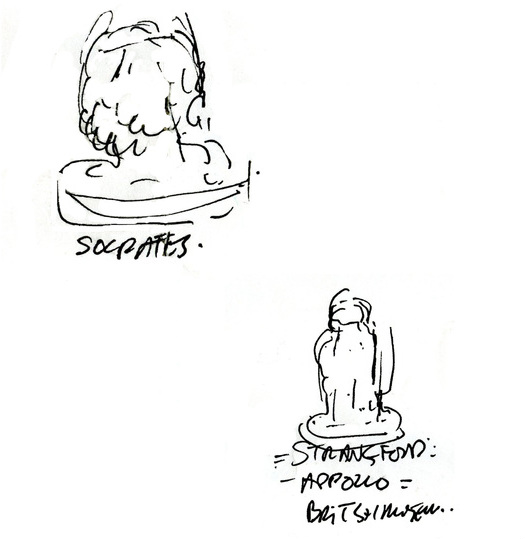