A Section through the Metropolitan Landscape of Athens.

“O land, you who bring everything back to yourself, as the ultimate measure. You are truly the modulus that enters into each thing. You have moulded the city and the forms of government. You have conducted the sounds of language. You have defined the arts of the word and the figure.” 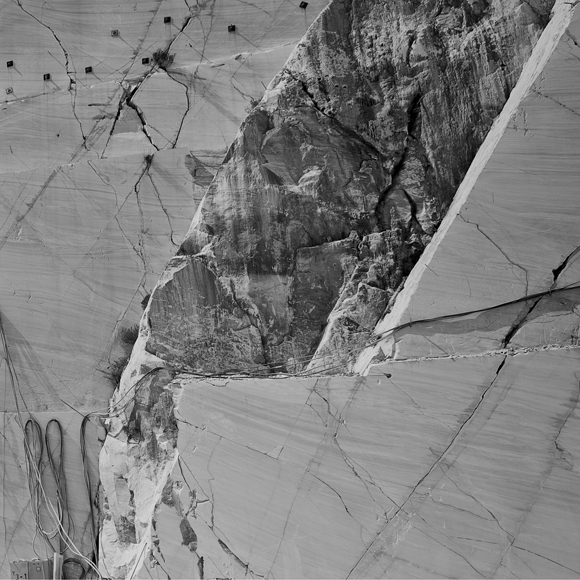 The objective of this work in progress for the PhD in Architecture by Design at the University of Edinburgh, focused on the Athenian Metropolitan Landscape, as this has especially been developed through the historical process of Marble Quarrying, is to bring together the notions of Landscape and Urbanism. To approach the City and Architecture through the questions of Excavating, Measuring, Displacing and Curating those landscapes immediately imply a sensible engagement with multiple scales, temporalities and subjectivities. But, this Sensibility does not only come from the understanding of how this landscape is formed over time by the elements, but mostly of how a developing human care is as much part of the same process.

In particular, the purpose of the marble quarry in Dionysos, lying on an axis from Piraeus to Marathon from which the Parthenon and its architectural figures were constructed, is to break stone into measurable blocks. Though, the choice of the spatial placement of its extraction is determined by the results of the mapping of the cracks. These are areas of weakness, having little tensile, compressive and resistance to shear strength. Thus, the initial step is for the experts to photograph the uncovered parts of the rock, while then carefully record and effectively reinforce the vulnerable parts. 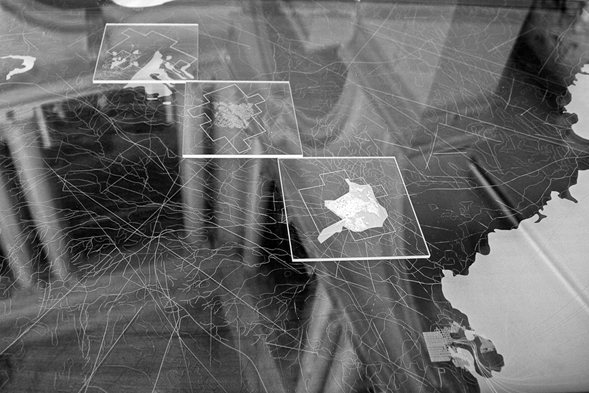 ‘‘Strata are layers, belts. They consist of giving form to matters, of imprisoning intensities or locking singularities into systems of resonance and redundancy.
They proceed simultaneously by territoriality and by code.
The surface of stratification is a machinic assemblage distinct from the strata.’’

Deleuze, Gilles & Guattari, Felix (1988). ‘‘10,000 B.C.: the Geology of Morals (Who does the Earth think it is?)’’ in A Thousand Plateaus: capitalism and schizophrenia, translated by Brian Massumi. Minneapolis: University of Minnesota Press, 45.
This reciprocal relationship between the sensibility that understands the specific landscape and then develops the city of Athens upon it and at the same time between the Athenian Metropolitan Landscape and the cast collection at the Sculpture Court are researched through various visual experiments. The plaster cast models are curated in such a way as to create a new set of relationships between the existing cast collection of the Athenian frieze at the Sculpture Court and the Athenian Metropolitan Landscape. While by reinterpreting conventional forms of architectural representations that depict geological, technological, cultural, political operations, etc. through casting we might not only reveal how we have misdirected such a sensibility but also how we might further develop it. 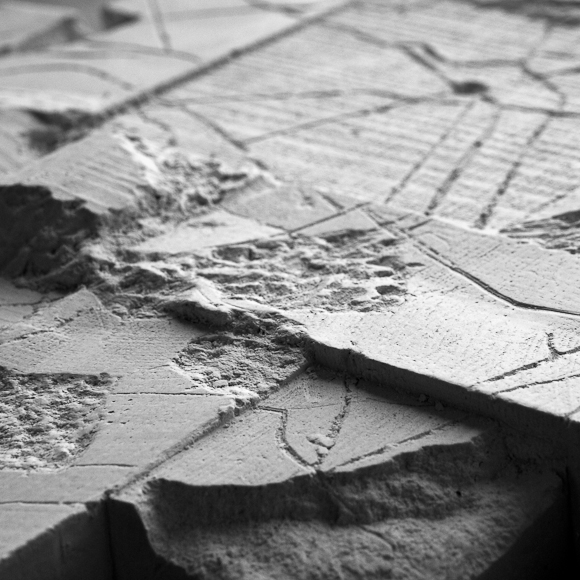