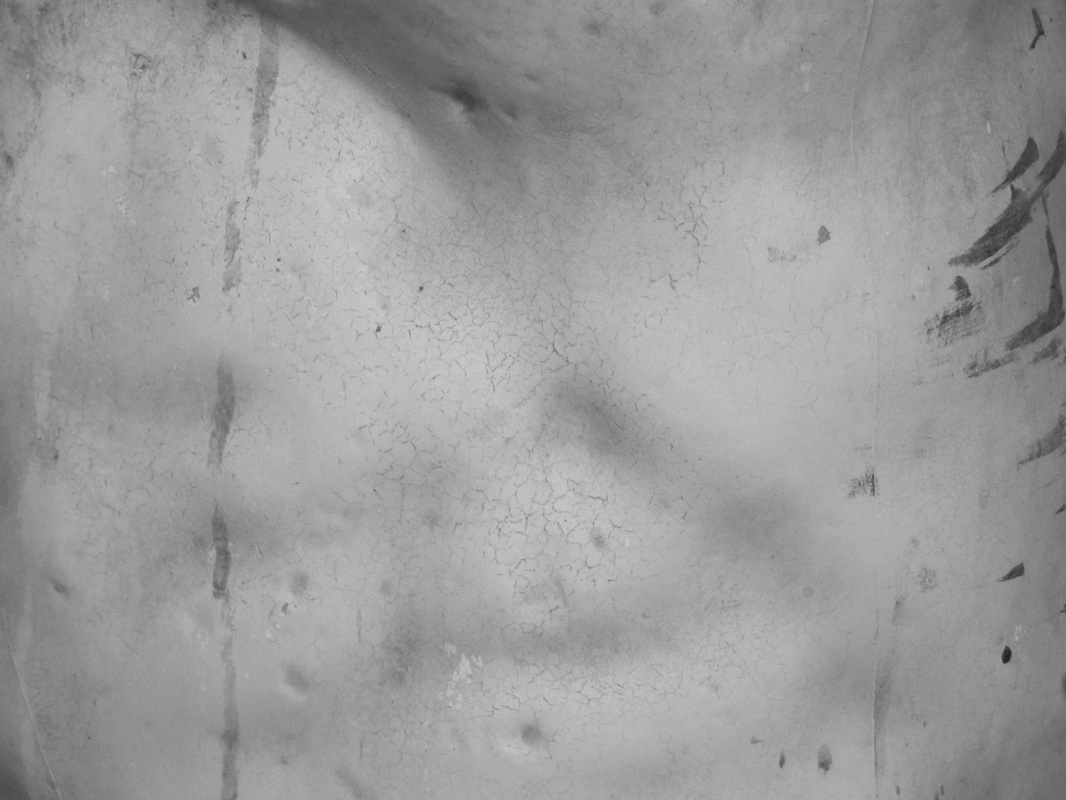 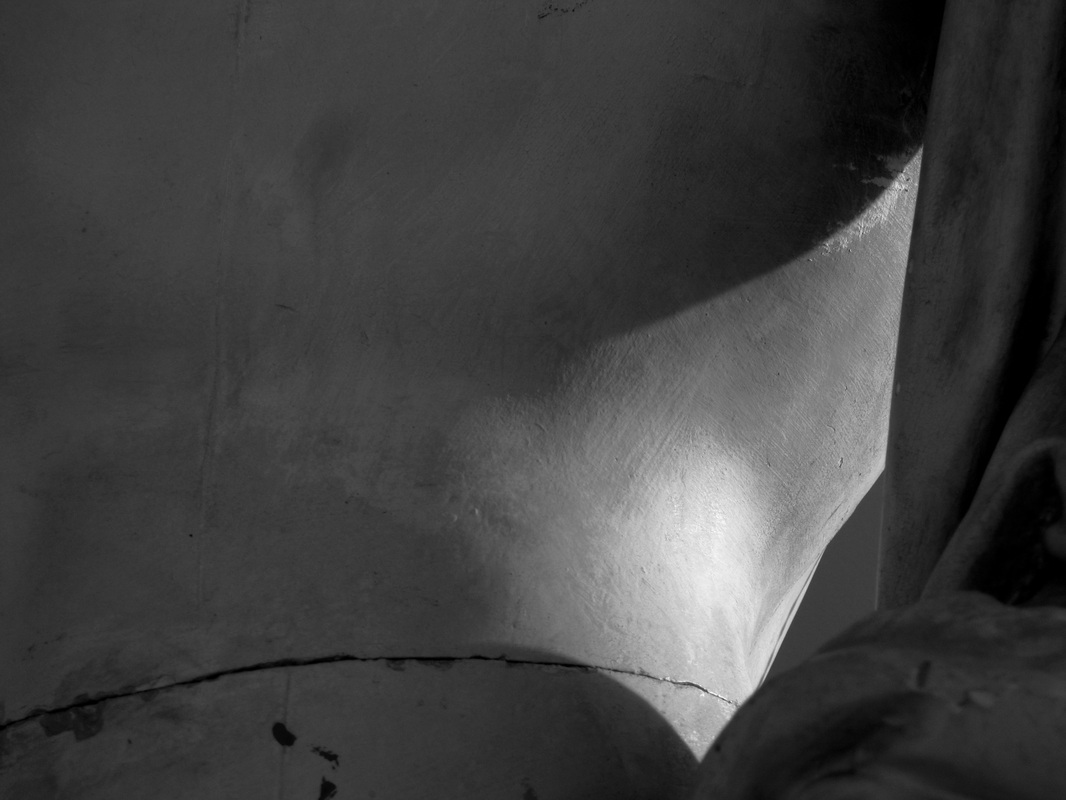 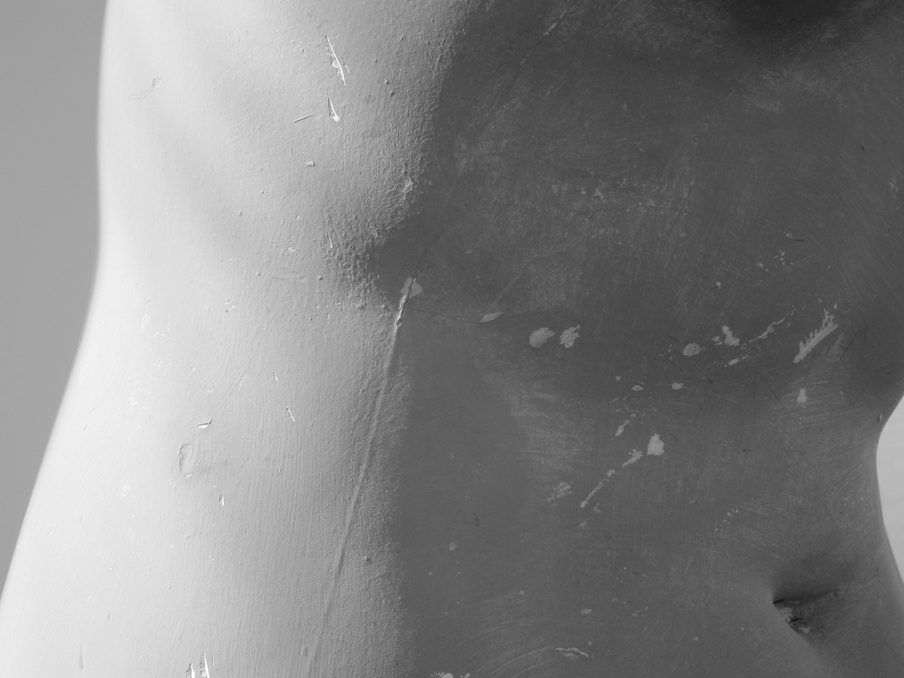 I care about casts so I wanted to contribute something to this exhibition of Cast Contemporaries. But – in the spirit of casting - I wanted to set limits to my work. A cast is limited and can be repeated, up to a point. That is what I wanted - or something of what I wanted - here. The advent of digital photography helped me to make photographs of casts in the informal but directed way I had always tried to. For me it seems that the natural state of the pencil of nature is to draw on a medium density digital sensor. It also gave me a way of finding the limits I was looking for.

To provide a physical limit I used the digital printer at the Visual Research Centre in Dundee. I used its largest printing size to specify the size of the prints. A conceptual limit was the decision to print the images without cropping. Another was to print them in black and white. That reduced the variables of production sufficiently to make me feel the images might emerge. And they did.

But why casts? At least for me? The aesthetic/sexual charge of a cast of a Greek hero or goddess? Who has not felt that? Man Ray certainly felt it. His photographic approach to a cast of a torso of Aphrodite and to his models, including Meret Oppenheim and Kiki de Montparnasse, are more or less identical.

When I could, I used to spend time in the then dilapidated cast court of the Victoria and Albert Museum in London. It was a place of wonder, beauty and because of its run-down dustiness a place of informality. Later when I came to work in Dundee, I found another group of run-down and dusty casts and, again, I loved being in their presence. Despite damage, peeling coats of paint, and innumerable student interventions and transformations (a cling-film wrap worked particularly well), these works retained their wonder. I was recently among the neatly restored casts in the Ashmolean Museum in Oxford. They were perhaps a bit too clean for my taste: the Laocoon group looked so freshly scrubbed it began to lose its mythical edge. But I am being unfair, the whole experience among those refurbished casts was a fabulous ramble through myth-as-material-culture.

Every encounter with a cast is an education. The more so if you have the good fortune to be able to draw it, as students like William McTaggart (whose dynamic cast drawings prefigure the dynamism of his seascapes) were able to draw the superb early generation casts which have always informed the heart Edinburgh College of Art.

Thinking more about casts, I remember that in film and theatre casting gives rise to the good or bad performance of a work. For the artist-caster the plaster fills-out the mold to make the cast, which then ‘performs’, that is to say completely furnishes, the meaning of the piece from which the mold was taken. Interesting. There is much more I want to say here, not least about the value of being able to photograph casts when the original is badly or fitfully illuminated. For that precise reason in the 1890s much excellent photography of West Highland Sculpture was done from casts made on site with papier-maché molds. But a good cast is in itself like a good set of photographs. It enables you to understand. In that respect as three-dimensional printing becomes more easy, to the cast-enthusiast it is just a move to digital, rather than a change of perspective.  A coming full circle so to speak. A traditional cast is just an earlier printing process.

It is interesting to think about a photographer like Muybridge here. His Human Figure in Motion reminds me strongly of a cast court. But that’s for another essay.